The Women and Children Department of the Moravian Church - South West Province has a crucial role in supporting the community. It supports women and children and helps them to claim their role in society. In response to the high number of orphans and vulnerable children, especially due to HIV/Aids, the church started the Orphans and Vulnerable Children Project in Nsalaga. To get more information about this project, click on the link below.
Orphans and Vulnerable Children Project - Nsalaga

Peace, love and solidarity are the key words and focus of the Department of Women and Children. Tanzanian women suffer from gender discrimination, in which it is especially prevalent in the rural areas of Tanzania. It is believed that this is due to a lack of knowledge. These women are working to change “bad” cultural traditions concerning gender issues and bring gender equality between men and women. They assert that a woman should be listened to and respected just as men are. Women should have better access to education as well as leadership and teaching positions. Women must fight for their independence spiritually, politically, economically and socially.


In order to respond to their mission, the Department of Women and Children set up projects to fight against early pregnancy, early marriage and the high birth rate by supporting girls’ education. However, the department empowers women and girls not only by supporting them in paying school fees and basic school requirements, but also by teaching them how to generate income and become economically independent. One example of this are the sewing and knitting workshops which are organized by the department. With theses skills, women can work from home and generate additional income for them and their families. 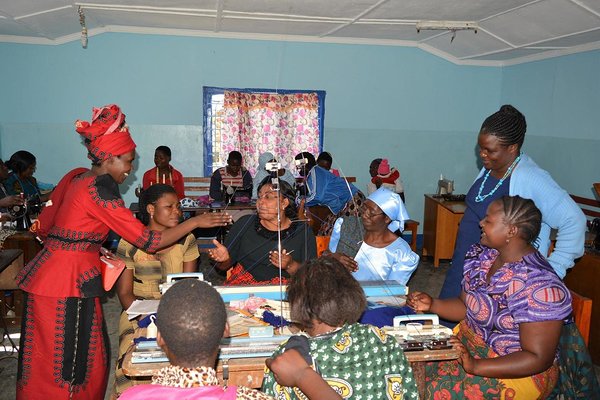 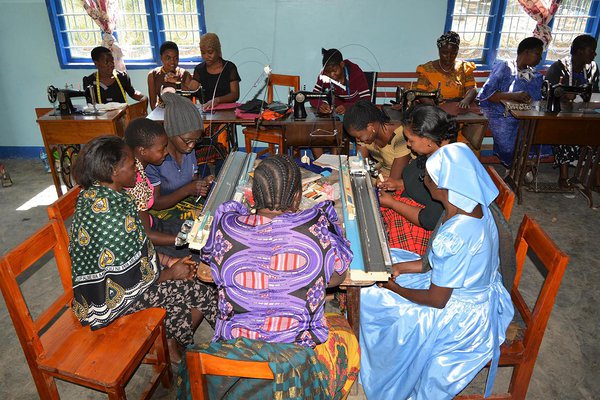 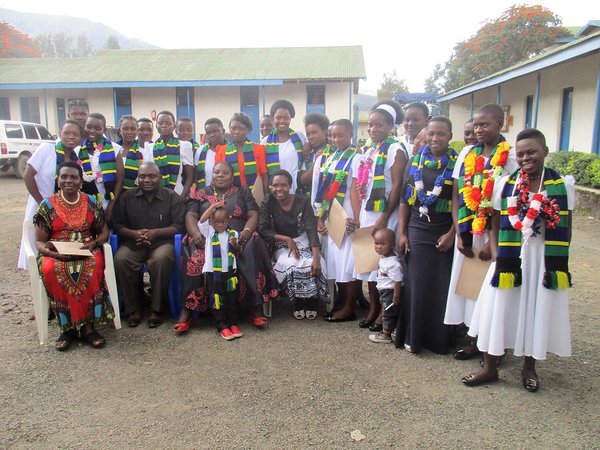 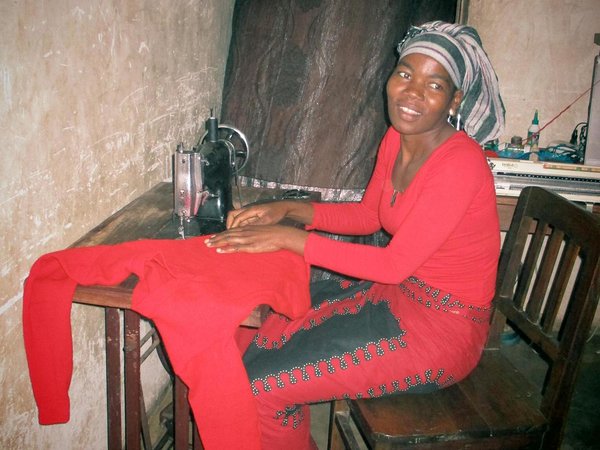 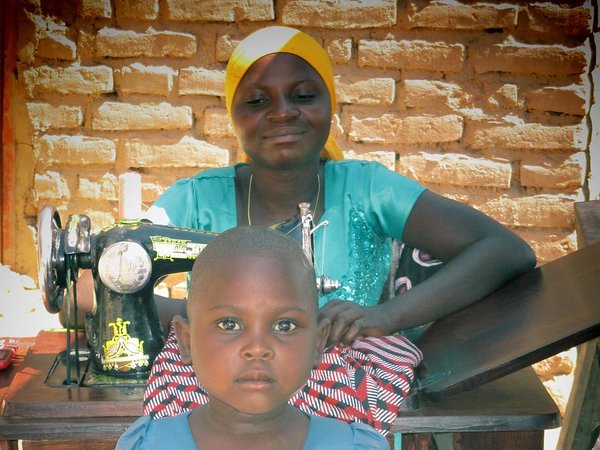 The department also organizes courses in leadership, computer application, entrepreneurial skills and English. Women leaders are usually trained during workshops, after which time they return to their congregations and transfer the knowledge they have gained. In this way, women living in remote places can be reached, counseled and empowered. The department also established Village Community Banks (VICOBA), to help women get small loans to start businesses and finance their projects.

Furthermore, the Women and Children Department organizes seminars on mental health, called CPE (clinical pastoral education), to help women in difficult situations and support them mentally. The Women of the Moravian Church also assist vulnerable women and their children living with HIV, cancer and diabetes. In seminars, widows get trained and informed about their human rights and gender related problems. The women also offer support to sick persons, visiting them in the hospital or in prison and attending funerals. There are also many sick women suffering from depression. Therefore praying, listening and supporting them are paramount to success in our holistic approach. 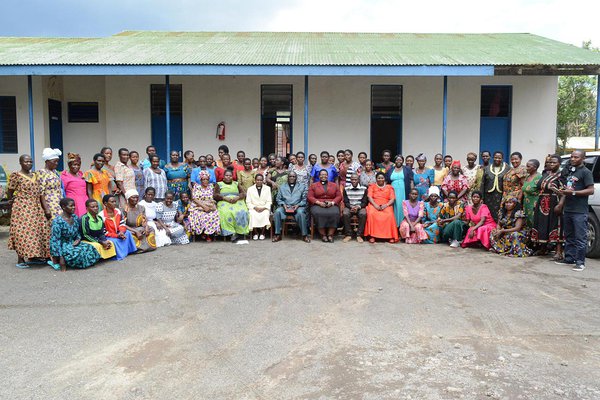 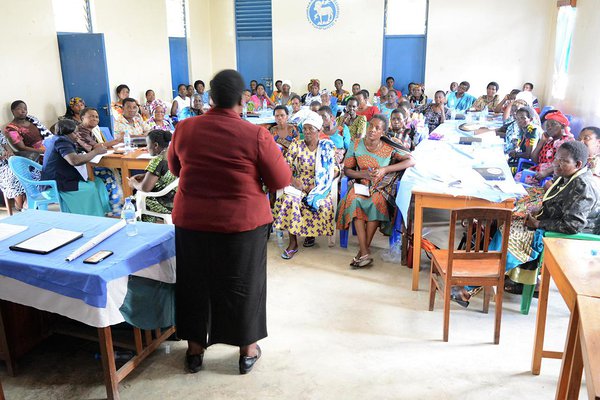 Women gather together every Wednesday and Friday to join their hands in prayer for their families, leaders, schools, churches and the nation. They also gather on special days like the day for the Council of Churches in Tanzania (CCT day), Women’s World Prayer Day, Children’s Day, Orphans Day, and Moravian Day (MCT day). It is during these times that women are given an opportunity to pray together and raise funds to support social projects and their province and congregations. 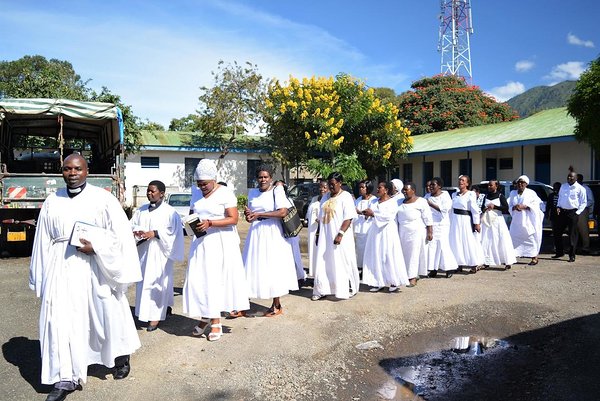 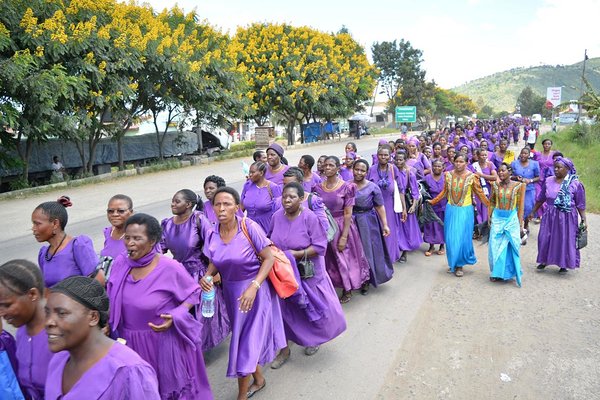 Finally, the Department of Women is responsible for Sunday school teachers in the 198 congregations, whereby there are several Sundays school teachers for each congregation. They are setting up workshops to provide training and support for them in their tasks for example by providing them with stronger knowledge in children’s education and psychology.

D. Future expectations
The department is expecting to extend this activity to various areas especially in rural areas. The piloted areas are
(a) Mbozi at Vwawa in Songwe region
(b) Ilembo in Mbeya Rural
(c) Mbarali
(d) Chunya